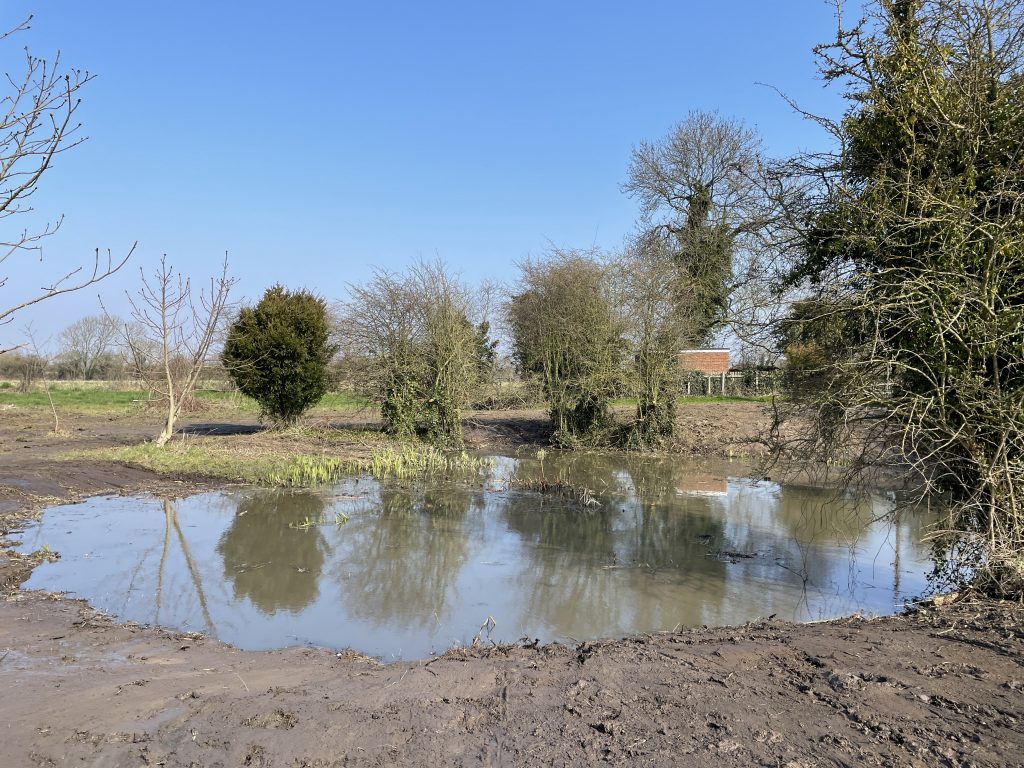 Since our appointment by Natural England back in 2019, we’ve managed the creation/restoration of almost 200 ponds across Yorkshire, Derbyshire and North Lincolnshire. Following the successful creation of 25 ponds across North Lincolnshire during the Autumn/Winter on 2021/22, we have a further 20 ponds to deliver within the region this year.

The work forms part of the Natural England led District Level licensing scheme for great crested newts (GCN).  This new scheme to North Lincolnshire means that when a proposed development is likely to impact on GCN habitat, developers now have the option of a quicker and simpler alternative to the traditional GCN mitigation licence.  Since its launch last year, the scheme has not only benefited developers in terms of certainty on costs and timescales, but has provided multiple new ponds for the benefit of GCN.

During the 20th century, half of the UK’s ponds were lost, primarily due to the change in land use away from mixed farming, and the remaining ponds are considered to be in a poor state.  This has been identified as the key factor in the decline of GCN populations.  Not only does the District Level licensing scheme aid the development process, it aims to secure the long term protection of this species and their habitat.

As the habitat delivery partner for the region, Wildscapes CIC aim to create new ponds in the most suitable locations to allow the newts to thrive.  This is done through consultation with Natural England’s identified strategic opportunity areas, local knowledge and GCN records.  Ponds are constructed within close proximity to known GCN populations and ideally in between several different GCN populations to promote breeding.

Paul Jarman, Pond Programme Manager for Wildscapes CIC, comments: ‘We are delighted that the scheme is off to a great start in North Lincolnshire and that there is a need for more ponds so soon.  We have received a huge amount of interest from landowners across the region offering their land to support the creation of GCN habitat and from those looking to play their part in the preservation of this protected species’.

We are now seeking more farmers and landowners in North Lincolnshire who would like to have these habitats created or restored on their land. Wildscapes CIC will carry out all pond creation/restoration works (including adding suitable fencing if required) and all landowners are asked to do is to take a few basic measures to protect the habitat quality of the pond.  These ponds are required to be a minimum size of 150m2 and Wildscapes CIC will carry out maintenance and monitoring visits on a periodic basis over 25 years.

Interested parties are encouraged to contact us on 0114 303 5123 or info@wildscapes.co.uk to discuss potential sites for consideration.  More information can be found here; https://wildscapes.co.uk/pond-creation