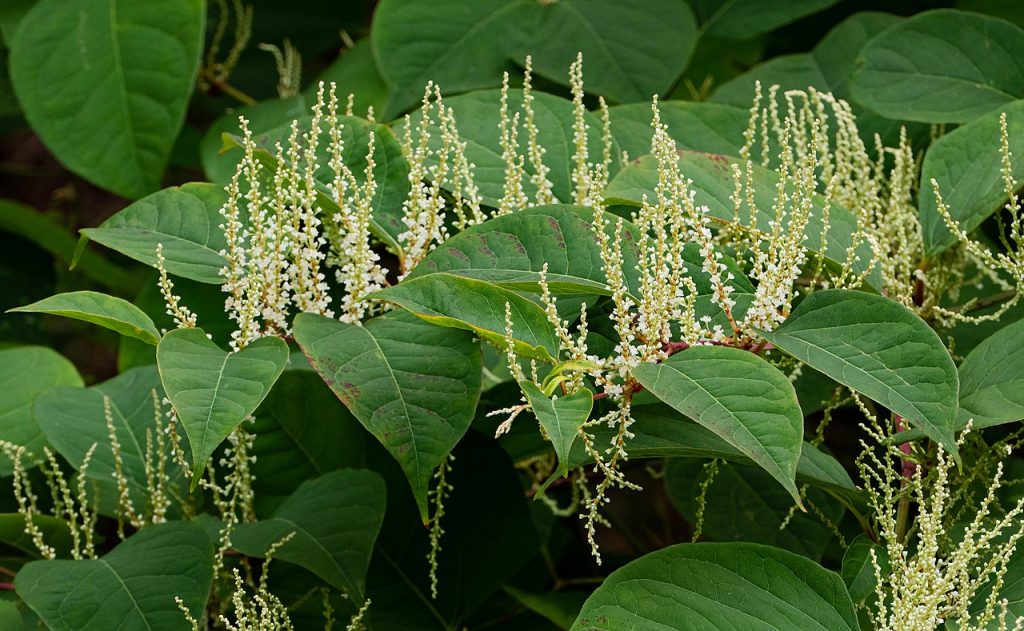 Can Japanese knotweed de-value or prevent the sale of your property?

For those looking to sell their property, lockdown has provided some with the perfect opportunity to work on the finishing touches.  From deep cleans to re-decorating, it’s well known that some simple changes can increase the marketability of your home.

But what’s that hiding at the bottom of the garden?  Could it be Japanese knotweed?  It’s only a few small shoots so it’s not going to be a problem is it?  Wrong.

If you intend to sell your property and you have Japanese knotweed growing on your land then you have a legal obligation to declare it.  It will almost certainly have an impact on the value of the property and in the worst cases, make it impossible to sell.

So, what is Japanese knotweed and what’s all the fuss about?

Japanese knotweed (Fallopia japonica) is an herbaceous perennial, native to Japan.  It arrived in the UK in the 19th century, valued as an ornamental plant in large gardens, but its highly vigorous nature soon became apparent.  A hundred years later and it is well established throughout the UK, colonising riverbanks, railway lines, vacant plots, and making its way into gardens and allotments.

Wherever this invasive plant becomes established it will impact upon the local environment. Its thickly matted stems can reach 3 metres in height, reducing biodiversity by outcompeting all native plants. Its underground structure of rhizomes slowly expand, exploiting any cracks or voids. Once established, it can be very hard to control and will exacerbate any existing weakness in structures, such as drains or patios.

In the UK, Japanese knotweed is seen to pose a significant risk of damage to buildings that are within seven metres of the plant’s visible parts.

Steven Greenwood is a qualified Japanese knotweed surveyor at Wildscapes CIC in Sheffield and has seen a plethora of issues caused by the plant growing completely out of control.

‘It’s not uncommon to see Japanese knotweed on a property, that upon further investigation, has grown so much underground that it’s actually present on neighbouring land also.’ Steven explains, ‘Unknowingly, the property owner has committed an offence in allowing the plant to grow on someone else’s land’.

Why does it have such an impact on the sale of a property?

A large number of home buyers require a mortgage and many lenders simply refuse to lend against a property that has a Japanese knotweed problem.  Those that do, will usually expect to see evidence of a comprehensive eradication plan in place and being carried out by a qualified Japanese knotweed contractor.

Lenders may also see the presence of Japanese knotweed on a property, even historical or undergoing treatment, as having a detrimental effect on its value, thus lowering the amount that buyers are able to borrow against it.

As it is a legal requirement to disclose if the property has, or has ever had, a Japanese knotweed issue, being dishonest about the matter can lead to legal action once the buyer becomes aware of the infestation.

Steven Greenwood, Wildscapes CIC, says ‘Often people think they can deal with Japanese knotweed like any other weed – chop it down and take it to the tip or compost it.  This is a huge NO NO!  Not only can it cause the plant to spread significantly, it’s also a criminal offence!’

Japanese knotweed is also classed as a controlled waste, meaning it can only be disposed of at a licenced landfill site by an approved waste carrier.

There are several treatment options available for Japanese knotweed depending on your timescale, budget and the extent of the infestation.  Excavation involves digging out the entire area which can prove costly and disruptive but it can remove the plant in just a few days.  Chemical treatment is typically less expensive but can take a number of years to complete.

So, it’s not all bad news!  Japanese knotweed doesn’t have to stop the sale of your property, providing it is declared and an eradication plan is in place.

One thought on “Japanese knotweed alert to householders”