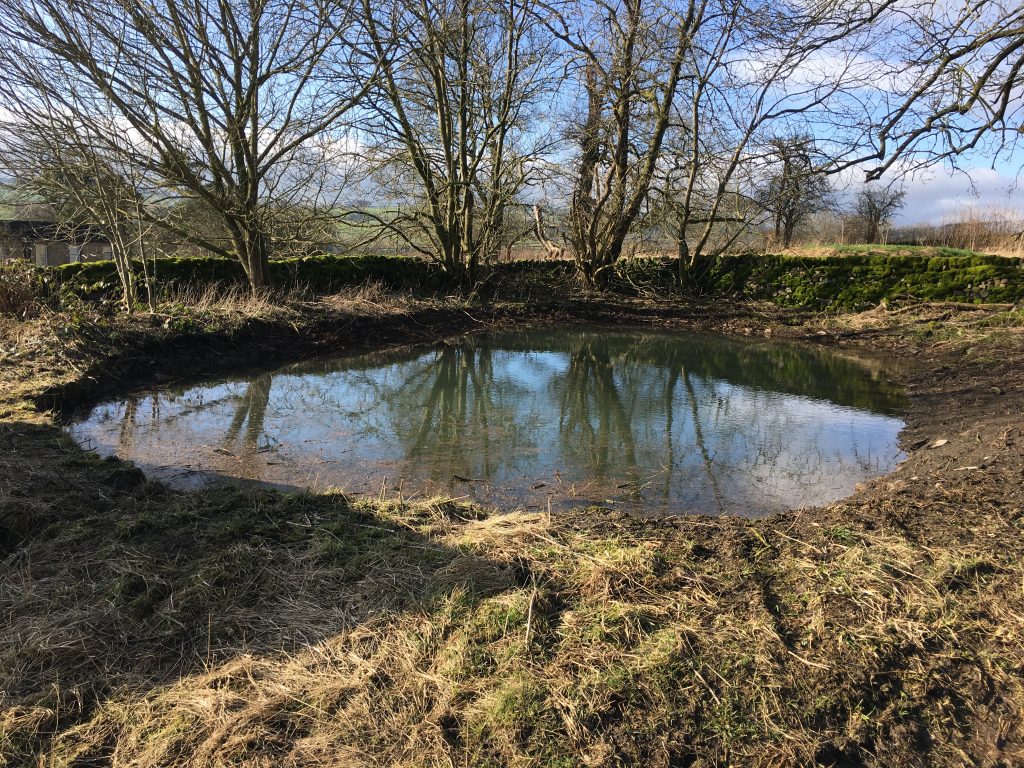 Appointed by Natural England and DEFRA, over the last six months Wildscapes CIC have delivered 34 pond creation and restoration projects across South Yorkshire and Derbyshire.  The work forms part of an initiative to enable the launch of Natural England led approaches to District Level licensing for the great crested newt (GCN).

Half of the UK’s ponds were lost during the 20th century, primarily due to the change in land use away from mixed farming, and the remaining ponds are considered to be in a poor state.  Modelling shows that it is the loss of these ponds that has been the main contributing factor in the decline of GCN.

District Level licensing involves the creation of a large number of new ponds and restoration of those currently deemed unsuitable for use by GCN, and is an alternative to the site by site GCN licensing process which, up until now, has been used for development.  Strategic Opportunity Areas were identified where GCN habitat would be best created or restored to provide strategic net gain with pond compensation being focused within these areas.

Working with our established network of local landowners and appealing to other interested parties through social media, we received significant interest and offers of land for GCN habitat development.  Once deemed as suitable land, the Wildscapes team carried out the work, including the erection of livestock fencing if required, fully funded by Natural England.  In return, landowners were asked to take a few simple measures to protect the habitat quality of the pond in addition to allowing us to carry out maintenance and monitoring (eDNA) checks on a periodic basis over the next 25 years.

Steven Greenwood, Conservation Contracts Manager for Wildscapes CIC commented, ‘We’re delighted to be working with Natural England and DEFRA as well as so many landowners that are committed to the long term protection of this species and their habitat.  We’re looking forward to returning to all ponds later this year to begin the first phase of monitoring’.

Find out more about this project and District Level licensing here; https://wildscapes.co.uk/pond-creation

One thought on “Completion of pond creation project”